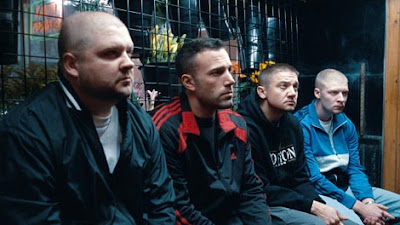 Warning: Spoilers.
Having recently disparaged The Red Riding Trilogy as "a compendium of cliches," it bears asking, Gentle Reader, why am I willing to give The Town a pass for offering more of the same? Is it because: a) I'm a sucker for heist movies; b) I adore the cast; c) the summer--hell, this year--has been so abysmal for movies that I'm willing to overpraise one that's merely efficient; or d) I feel compelled to defend Ben Affleck, a likable schlub who has made some interesting career choices and raised his game in the years since breaking it off with J-Lo, even though some critics still can't seem to let the Gigli era go. (Charles Taylor's summary of that film remains the most sober: "It isn't a crime against humanity. It is merely bad.")
The answer, of course, is all the above. The Town is a heist flick with all the fixings. There's The Leader who wants one last score (Affleck); The Girl he unwisely falls in love with (Rebecca Hall); The Hothead who may fuck everything up (Jeremy Renner); The Man Of The Law hot on their tail (Jon Hamm); The Big Boss who won't let The Leader off the hook (Pete Postlewaite); The Father with whom he has issues (Chris Cooper); The Damaged Goods Ex who could ruin everything (Blake Lively); The Secret From The Past that returns to affect the present (Ma!); and the titular Town itself, Boston, which Affleck knows like the back of his hand. Nearly all these elements were also present in Michael Mann's Heat (which took place in the director's darkly glittering L.A.), and The Town unfolds as a kind of Heat, Jr., only with a filmmaker less interested in elevating cliches to mythic archetypes than he is at uncovering the hardscrabble humanity beneath them. In truth, Affleck lacks the chops to even try what Mann accomplishes. Yet his endeavor -- to make an entertaining movie that depicts his hometown with all the affection and misgivings he clearly feels for it -- has its own integrity. 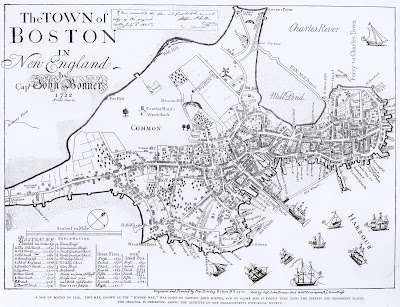 It's no secret that actors are often the worst directors. Most have no eye, no sense of rhythm or timing (I'm looking at you, Jack Nicholson); and they're either vain enough to have statues erected in their own honor (Kevin Coster/Postman Syndrome) or so in love with their fellow thespians that they indulge their worst impulses (Sean Penn springs to mind). In his first film behind the camera, the engrossing crime drama Gone Baby Gone, Affleck showed no egotistical protectiveness toward his stand-in, brother Casey, in the lead role. (It's revealing that the most heroic moment in that film went to Michelle Monghan's selfless attempt to save a child from drowning, shot thrillingly from overhead as she plunged into the sea.) Although, in The Town, Affleck occasionally falls back on familiar visual tropes (clouds racing overhead, etc.), he has an intuitive sense of where to put the camera, of understanding what matters in a given scene.

What matters most is his character's relationships with Hall's bank manager, whom his crew kidnaps at the start of the film, and with Renner's hair-trigger-man, who once saved Affleck's life and did several years' hard time for it. Affleck knows he's working with a pair of tremendous actors, two of the best up-and-comers in the business. Both Renner and Hall have feelers that turn their characters into bundles-of-nerves: the former expressing the matter-of-factness of a man who would rather be killed than go back to prison, the latter conveying the trauma of a woman who remembers being released on a beach while blindfolded, told to keep walking until she feels the water on her toes, and expecting to fall over a cliff instead. Between Hall's remarkable work here, as well as Monaghan and Amy Ryan's breakout roles in Gone Baby Gone, Affleck, unlike many male filmmakers, has proven himself a sensitive, generous director of actresses.

In The Town, along with the aforementioned twosome, against-the-grain performances are delivered by Hamm, playing his FBI agent as a suavely malicious careerist rather than a fire-breathing eyeball-bulger (he has a great scene where he casually explains to Lively's drugged-out barfly the length of a dollar bill); Cooper's imprisoned Daddy-O, filled with wounded pride for his son; and Postlewaite's capo, who owns a flower shop (a witty front) and whose physique functions as a withered temple of malevolence reminiscent of William Hickey in Prizzi's Honor. Affleck cannot compete with such a high-caliber cast and wisely doesn't try. Yet he's become a much sturdier onscreen presence, realizing that he can trade on natural affability and get his hands dirty without losing audience goodwill.

The Town has a draggy middle patch, wherein too many exposition-building scenes are strung together when, in truth, an action sequence interspersed between would have been more apropos. (Individually the scenes are fine; I just envisioned re-editing the order while watching them.) When the action arrives, though, it's crisply staged, filled with humorous flourishes. One heist, where the crew wears nun's habits and masks, ends with an unexpected sight-gag that made me laugh out loud. And the climax -- a daring raid inside Fenway Park -- is a homage to the thrilling bank heist in Heat that spills into the streets: not up to Mann's verisimilitude (that's a tall order), yet visceral enough to be worthy of its own comparison. Most movies fall apart so dreadfully in the homestretch that I give The Town points for finishing strong (aside from an unfortunate image that's like an unintended nod to his sibling's directorial debut). When he holds his own in a final confrontation against an expert veteran performer, the scene transcends its own compelling narrative terms and becomes, like the rest of the film, a statement from Affleck to his most dismissive critics: You've hit me with your best shot, but I'm still here.
Posted by Craig at 4:45 PM

Quite liked the film myself, though it was clear Affleck really loves "Heat". I thought it was a step above "Gone Baby Gone" visually and it helped that this time he was not working with Dennis Lehane source material which requires needless plot twists in the third act.

My best retort to those who say it is cliched is I feel Affleck presents these cliches with a certain level of sincerity, where he allows all of the characters to show the humanity beneath the archetypes. It also helps that he's quite good at getting the best out of his actors, including doing a better job directing himself than most of his directors ever did.

Perhaps, how people perceive Affleck will change after these two films. While neither film is a masterpiece by any means, we are seeing someone with a genuine vision and point of view who is interested in the characters who populate his genre films.

Hmm... well Craig, you have me intrigued. I wasn't really planning to see this, since I've never cared for Affleck and I'm kind of tired of "Boston" movies, if that makes any sense. But I didn't see Gone Baby Gone, which I've heard is above average. I'm getting a sneaky feeling that by not watching Affleck's directed films I'm missing some sort of filmmaking talent that was bottled up until recently...

I like your reasons for liking this movie, as enumerated in your first paragraph, and you argue well for how its cliches and its similarities to Heat work and make it a successful Heat, Jr.. I agree. I found a lot to like in this movie - just sometimes it seemed too much like Heat.

Perhaps, how people perceive Affleck will change after these two films. While neither film is a masterpiece by any means, we are seeing someone with a genuine vision and point of view who is interested in the characters who populate his genre films.

I agree. Amazingly, so do a lot of other moviegoers. I can't remember the last time I both saw and enjoyed the #1 box-office movie of the week. Granted, it was promoted relentlessly with an eye-catching trailer, but so was Scott Pilgrim.

But I didn't see Gone Baby Gone, which I've heard is above average. I'm getting a sneaky feeling that by not watching Affleck's directed films I'm missing some sort of filmmaking talent that was bottled up until recently...

Well, he's not an auteur by any means. But as Steven indicated, Affleck is becoming a solid genre filmmaker. With both auteurs and hacks a dime a dozen, he's filling a much needed void.

I know what you mean about "Bastahn" movies too. At least this one is made by people who speak the lingo and know the customs and build the film out of that knowledge organically. For example, when Affleck and Renner enter Fenway Park, there's a nice throwaway bit where Renner touches some kind of sacred baseball totem before going inside. Maybe Hokahey knows what that was...?

I found a lot to like in this movie - just sometimes it seemed too much like Heat.

And your own review caught other more similarities that I had missed. If you're going to borrow from another movie, though, that's not a bad one.

I meant of course that he's needed, not the void.

I still hope to write a review of this, but I won't get to it this week, so I'm breaking down and reading reviews. In general, I'm with you and Steven. I enjoyed the film, despite its cliche tendencies, and I think what makes it work isn't so much "sincerity," to use Steven's term (though that's close) but maybe humbleness. For a film that has a car chase and that ends with a huge fucking shootout, I never got the feeling Affleck wanted his film to be BIG. The problem with so many movies in the action genre today is that they seem determined to make their mark in some way, to do something you've never seen before. Affleck ignores all of that and just does stuff that works, even if it's stuff that we've seen before, because it works. He can't match Heat not just because he lacks Mann's skill but because he lacks that boldness to play it to the edge, which is what makes Heat work 95 percent of the time and also what makes it fail ("She's got a great ass...").

Good analysis on what makes "The Town" work, though I agree with both you and Steven that equal parts humility and sincerity are reasons why. Certainly Affleck is smart enough to work within himself, while stretching within a reasonable parameter. But he's also genuinely interested in these characters and this milieu, and he's fairly openhearted about it. (As he's often been as an actor without getting much credit for it.)

I can't agree that Affleck's skill level is akin to Mann's. In a way, though, that's a plus. "Heat" is still the only Mann film with more than one interesting female character, and that's something that seems to come naturally for Affleck.

I thought I said Affleck's skill wasn't akin to Mann?

Need to write up my review. More thoughts tomorrow.

You're right; I read that wrong. I read it as "not because he lacks Mann's skill," rather than "not just because..." Mea culpa.

Good review. Affleck even comments on himself copying certain scenes/visuals from Mann: Before his ex-girlfriend comes to him to you know what..., we see him watch TV. And guess where the scene with the white truck stems from. Yup, MM's masterpiece...
Also, I'd say, the heist at the stadium is taken from Kubrick's "The Killing".