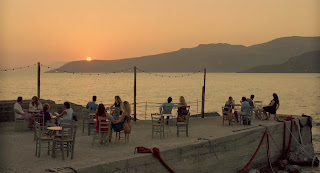 The first "Top 10 Movies" list I ever wrote was for my high school newspaper, with Peter Weir's Witness heading the class of 1985. Probably I was asked to write a Ten-Best because I had seen more new releases than anybody in my school -- all of eight. Three decades later and things haven't changed: I saw 17 new releases in 2013, a sizable number among my archival/library circles but a pittance compared to my film-critic and -scholar friends. (I did catch an additional 30 or so restored classics and other films at the Indiana University Cinema.) Sometimes I wonder if seeing 200 movies a year would broaden my horizons or dull my senses. Would I think less of the current David O. Russell, or more of the latest Terry Malick? Would I get down with this thing called "formalism"? Would I be a contrarian, or a counter-contrarian? Would I put on my Word Police badge every time I see "overrated" used in a sentence, while deeming "underrated" acceptable parlance? Would I feel compelled to call out chest-thumping colleagues on specious claims, like the guy who wrote the thing where he said hmm-hah about the hullabaloo? Would I be an unabashed auteurist, even a vulgar one?

Whatever, the point is that less than twenty movies isn't a broad enough sample to authoritatively draw a best-of-ten. What I will do, instead, is offer a run-down, in order, of all the movies I saw this year, from my favorites to the middling to the barrel's bottom.

1) (tie) The Wolf of Wall Street and Before Midnight. A pair of films that make an irresistible study in contrasts. Wolf  is Martin Scorsese's big, sprawling, messy and messed-up American epic that tells a familiar story of corruption from a seemingly infinite number of angles. It's like a compendium of "Tall Tales of Wall Street," with one whopper after another from the vantage point of a despicable heel (a wild career-high Leonardo DiCaprio) who groomed a rogues gallery of scoundrels only to sell them out to save his own skin. Scorsese deftly weaves in and out of Belfort's perspective as he did Henry Hill in Goodfellas and Travis Bickle in Taxi Driver: one of my favorite moments is a tear-jerking farewell speech where a female colleague movingly recounts the time Belfort generously offered a single mother like her a job; later, we see her handcuffed, yelling at the Feds not to wrinkle her expensive suit. A Christmas Day Molotov-cocktail from a 71-year-old director some of us feared was going soft, Wolf is the year's most galvanizing experience. At the other end of the spectrum, Richard Linklater's Before Midnight is a case of self-contained perfection, yet it's far from modest or unambitious. The third film in the series (or fourth, counting a scene from Linklater's Waking Life), Midnight opens up the hermetically-sealed relationship between Jesse and Celine, occupying them with children and offering a glimpse of their past, present, and possible future with three other couples at a dinner table. If "Time is a lie," as Jesse claimed at the start of the last film, Before Sunset, time catches up with a vengeance here: the issues now, as the characters enter their 40s, being the confines of space and unreliability of perception. The emotionally epic climactic argument is a major risk with a beautiful payoff -- a final line worthy of Billy Wilder. 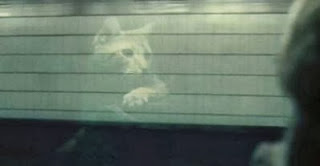 3) Inside Llewyn Davis. With The Big Lebowski, O' Brother Where Art Thou? and other films, Joel and Ethan Coen have already permeated our culture in numerous unexpected ways. Now add 1961 New York City to their inexhaustibly rich tours of America at distinctive times and places. Here the Coens depart from riffs on film noir and screwball comedy and enter Hal Ashby territory with this lovely folk tale that unfolds with a memorable ballad's haunting refrains and subtle variations.

4) American Hustle. Yet another textbook case of a movie praised by mainstream reviews that gets a beat-down by the second wave (many of whom, I can't help but notice, are Film Studies students and scholars). The movie, we've been informed from some quarters, is a "con" and a "phoney" (sic), proving some critics really know how to stretch their metaphors away from a film's subject matter. For me, American Hustle is another grand entertainment in David O. Russell's growing body of work (or "oeuvre," if you prefer), filled with high spirits, terrific high-wire performances (the best being Amy Adams' quick-thinking chiseler), and the director's recurring obsessions: screwball farce, familial dysfunction, the role of women as power-brokers, the tension between peaceful objectives and violent impulses.

5) Upstream Color. Shane Carruth's latest mind-blower manages to be both narratively inscrutable yet emotionally direct. I don't know if I've ever been more deeply moved by a film I scarcely understood.

I think I initially overrated 6) 12 Years a Slave and 7) Gravity. While both are still good films, in hindsight the former is a little too locked into its own claustrophobic, contraption-like design in depicting a part of history which -- the specificity of its story notwithstanding -- demands a bit more of a broader perspective; while the latter opens up visually to so much impressive vastness it leaves its brains behind. 8) All is Lost, Robert Redford's solo lost-at-sea experiment, is his Gran Torino: an acting challenge, a summation of his career, and a benediction. The movie could have been named after his character's beloved boat: Virginia Jean. 9) Frances Ha, Noah Baumbach's blithe charmer, is the best vehicle yet for Greta Gerwig's beguiling awkwardness (far more effective than the dead air that entrapped her in Whit Stillman's "Damsels in Distress"). 10) Sundance favorite Escape from Tomorrow has received some predictable backlash as well. I found its satire about the hell of perpetual happiness a piquant mix of rough and serrated edges. 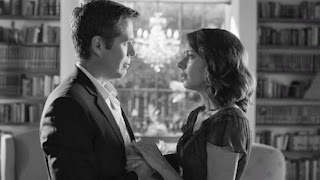 11) (tie) I can't choose between Much Ado About Nothing, The Spectacular Now, and Room 237, a trio of highly watchable if somewhat overpraised films. Joss Whedon's Shakespeare-update is an agreeable palette-cleanser between blockbusters. The Spectacular Now is, as a disguised parable of alcoholism, the Flight of teen romance movies, only with a prom instead of a plane crash. Room 237 is surprisingly playful and entertaining for a film that contains many of the tropes I despise about current documentaries (PowerPoint animations and graphics, jokey inserts, facile tone). Its cacophony of voices start to blur together after a while: after the film, I overheard another moviegoer say, "I kept getting Crazy Holocaust Guy confused with Crazy Moonlanding Guy."

Disappointments: 14) Side Effects plays like the result of a bet from someone who claimed Steven Soderbergh could make a thriller in his sleep, and the director set out to prove him right. 15) Prince Avalanche is a two-character play set in Malickian Wood. Despite fine work from Paul Rudd as a wounded man trying to maintain his dignity, the film wends through some familiar buddy-movie paces amid thick, heavy-handed symbolism. As a fan of Hot Fuzz and Shaun of the Dead, I'm afraid I found the beloved 16) The World's End to be a crushing bore. Edgar Wright's love of pop-culture would be more infectious if I got the sense he had other interests outside of it. And last and definitely least: 17) Terrence Malick's To the Wonder. One man's spiritually transcendent experience is another's load of woozy metaphysical mumbo-jumbo. I say that reluctantly, considering some of the nastiest comments I've ever received have come from the Malick Faithful, imbued with the love his films offer them. (A modern-day St. Paul was ranting on Twitter that all the director's critics could talk about was all the twirling in the movie...Dude, Malick brought it up!) It doesn't matter that I picked The Tree of Life my favorite film of 2011? Count me then a happy apostate.