What Would H. L. Mencken Have Thought of Michael Bay? 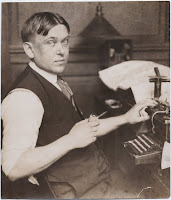 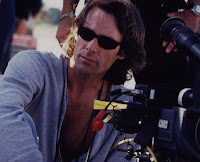 "What afflicts the movies is not an unpalatable ideational content so much as an idiotic and irritating technic. The first moving-pictures... presented more or less continuous scenes... But the modern movie is no such organic whole; it is simply a maddening chaos of discrete fragments. The average scene, if the two shows I attempted were typical, cannot run for more than six or seven seconds. Many are far shorter, and very few are appreciably longer. The result is confusion horribly confounded. How can one work up any rational interest in a fable that changes its locale and its characters ten times a minute? Worse, this dizzying jumping about is plainly unnecessary: all it shows is the professional incompetence of the gilded pants-pressers, decayed actors and other such half-wits to whom the making of movies seems to be entrusted. Unable to imagine a sequence of coherent scenes, and unprovided with a sufficiency of performers capable of playing them if they were imagined, these preposterous mountebanks are reduced to the childish device of avoiding action altogether. Instead of it they present what is at bottom nothing but a poorly articulated series of meaningless postures and grimaces... These mummers cannot be said, in any true sense, to act at all. They merely strike attitudes -- and then are whisked off. If, at the first attempt upon a scene, the right attitude is not struck, then all they have to do is keep on trying until they strike it. On those terms a chimpanzee could play Hamlet, or even Juliet."
-- H. L. Mencken, "Appendix from Moronia: Notes on Technic," 1927 (excerpted in American Movie Critics: An Anthology From the Silents Until Now, ed. Phillip Lopate, 2006)
Posted by Craig at 3:21 PM

There was an editorial in the Akron Beacon Journal in the late 20's, on the occasion of the first talkie in town, which hoped sound might improve movies. The rationale was that there is presumably a class of things which are bearable to watch but not to listen to.

Interesting. I think I agree with that. Also the reverse.

It's a splendid anthology, incidentally, with early film criticism from Carl Sandberg and Robert Sherwood, among others. Only curio is why the editor didn't put the dates of publication for each piece. Finally found them buried in the back of the book.

Do we know to whom Mencken actually directed these criticisms? I'm trying to determine which specific filmmakers he felt were guilty of "dizzying jumping" back in the 20's. I'm guessing he's referring to the experimental people like Eisenstein or Dreyer... maybe even Griffith, since some of his movies (like Orphans of the Storm) do a lot of jumping around.

His remarks are scarily relevant today, though. He'd be all over someone as moronic as Bay. If he watched any Godard, he'd probably need CPR!

I assumed he was talking about the Michael Bays of his era -- directors who were big then and irrelevant now.

To second Adam, I think it's impressive how relevant this argument is today and more and more filmmakers fit in this group everyday.

Craig, if you don't mind I'll repost this on my blog, with credits to you, of course. I really love the quote.